What are the G3 currencies and why are they so important?

You have heard of the G3 currencies, but you don't quite know what they are? Take fives minutes to read all about the dollar, the euro and the yen, the three most important currencies on the foreign exchange market.

The G3 currencies (“G3” coming quite simply from “group of three”) are considered the three most important currencies in the world, being both the most traded and the most liquid on the foreign exchange market. This trio is made up of the US dollar (USD), the euro (EUR) and the Japanese yen (JPY).

According to the International Monetary Fund (IMF), they are the three main reserve currencies, or “anchor currencies”, held by central banks around the world. In addition, and for differing reasons, the dollar and the yen are also both considered safe havens.

But what makes these three currencies so special? Why are they granted such importance?

What makes the G3 currencies so strong?

Countries or currency areas with a particularly liquid currency usually share a number of characteristics:

That said, the United States, the eurozone and Japan do not necessarily exhibit all of these attributes. To better understand the dominance of their currencies, let's take a closer look at the dollar, the euro and the yen.

The US dollar is by far the world’s most important reserve currency. Moreover, most central banks hold reserves in dollars.

But has this always been the case?

The dollar in the 20th century

Between the 1940s and the 1970s, the US dollar was the standard around which the exchange rates of the world's major currencies fluctuated. The Bretton Woods Agreement of 1944 reaffirmed the dollar’s dominance as the benchmark currency, due to its convertibility into gold.

In accordance with the fixed exchange rate system resulting from these agreements, 44 countries pegged their currencies to the dollar, with a certain fluctuation band around the dollar being authorised.

However, the economic upheavals of the 1970s forced the US to devalue its currency and the dollar’s convertibility into gold was no longer justified. Under these circumstances, the floating (or flexible) exchange rate regime became widespread.

But what about the dollar today?

The dollar in the 21st century

Today, most currencies fluctuate freely according to market movements and are no longer pegged to the dollar.

However, the dollar remains the most world’s important currency, this being partially due to the importance of the US economy internationally and the dominance of US financial markets.

Despite a considerable budget deficit and high levels of foreign debt, the financial and banking world firmly believes in the ability of the US to pay back its debts. This makes the dollar the most tradeable currency on the foreign exchange market and a safe haven for market players.

The US central bank, the Federal Reserve (Fed), sets out and executes the country's monetary policy.

Introduced in 1999, the single currency entered into circulation in 12 initial European countries as of 2002. The countries that have adopted the euro are part of a monetary zone commonly referred to as the eurozone.

The euro is the second most traded currency on the foreign exchange market after the dollar, but came into existence only very recently.

Brief history of the euro

A long-standing ambition of the European Economic Community (EEC), monetary union finally started to gain traction at the European summit held in Brussels in 1978. The European Monetary System (EMS) and the Exchange Rate Mechanism (ERM) were then established. The latter provided for fixed, but adjustable, exchange rates applied to all national currencies within the bloc. With the launch of the Single Market Programme in 1985, the process of streamlining and planning for convergence began to gain momentum.

Once the Maastricht Treaty was signed in 1992, the process of Economic and Monetary Union (EMU) began:

Since the euro began circulating in 2002, the European Central Bank (ECB) has been responsible for its issuance. As the only central bank in the world responsible for the monetary policy of several countries, the ECB is a unique institution. It guarantees the value of the euro as a currency, as well as ensuring price stability in the eurozone.

But is the euro considered a safe haven?

The euro 20 years on

According to the IMF, the euro accounts for about 20% of the world's foreign currency reserves.

However, unlike the US dollar, the single currency is not considered a safe haven, though it shares some essential characteristics:

However, political conditions sometimes perceived as unstable mean that the euro is not considered a safe haven currency. In times of crisis, these conditions tend not to reassure market players.

The political divergences and structural shortcomings of some eurozone countries (notably Italy, the eurozone’s third largest economy by GDP) sometimes give rise to fears of the currency area’s potential dissolution.

A political rapprochement between member countries could bolster the euro and elevate it to the status of safe haven, but this seems a distant prospect for now, as economic models across the bloc differ considerably.

At the European summit in The Hague in 1968, the project of monetary union within the EEC was discussed, but these talks did not lead to any concrete proposals. The economic crises of the 1970s, marked by serial devaluations and the end of the fixed exchange rate regime, made the prospect of a common currency impossible in the immediate term.

The yen is the third most traded currency on the foreign exchange market. Like the dollar, the yen is considered a safe haven. This may come as a surprise if one is not familiar with all things forex, as Japan has been grappling with a number of economic difficulties since the 1990s.

However, Japan remained the world's third largest economy in terms of GDP in 2019, and is still one of the world's biggest exporters.

But why does its currency maintain a privileged status?

The yen, a young currency in an elderly country

While Japan is known for its ageing population, the country's currency is relatively young, and has been in circulation only since 1871.

Prior to this period, Japan did not have a single currency for the whole country. Driven by the government of the Emperor Meiji, the introduction of a national currency was part of a rapid industrialisation process undertaken in the 19th century.

The absence of a banking system comparable to that of western countries limited Japan's economic power at international level. The Bank of Japan (BoJ) was therefore founded in 1882 to implement and execute the country's monetary policy.

So, why is the yen so important today?

The yen in modern times

Although Japan enjoys considerable economic clout and political stability, its economic performance has presented some noticeable weaknesses since the 1990s.

Since the bursting of the real estate bubble and the resulting financial crisis, the country has been marked by:

However, this does not seem to be a source of worry for foreign exchange market participants, with the yen retaining its status as a safe haven.

The yen’s favourable perception is primarily due to two major factors:

A key indicator of the yen’s global importance, the Japanese currency tends to appreciate in times of uncertainty. This phenomenon was particularly noticeable in 2010 when the eurozone crisis triggered a 10% increase in its value against the euro. Moreover, in July 2020, when the dollar continued its decline due to concerns about US management of the Covid-19 crisis, as well as persistent tensions between Washington and Beijing, the value of the yen rose considerably.

Japan has the lowest birth rate of any developed country, with a fertility rate of just 1.4 in 2019. At the current rate, the percentage of the Japanese population aged over 65 will increase from 26% today to 45% in 2050. The shrinking tax base and the likely ballooning of welfare costs could have serious consequences for the Japanese economy in the long term.

The US economy is the most powerful in the world, and the dollar, by far the most important international reserve currency, is considered a safe haven. The euro is the second most traded currency in the world and accounts for 20% of the world's foreign currency reserves. Despite the region’s undeniable economic importance, not to mention its frequent current account surplus, the eurozone is sometimes weakened by political uncertainty, and the deficiencies of certain member countries are a cause for concern in times of crisis. As the national currency of the world's third largest economy, the yen is propped up by Japan's impressive trade surpluses. Its value tends to appreciate in times of crisis, lending it too the status of safe haven currency. 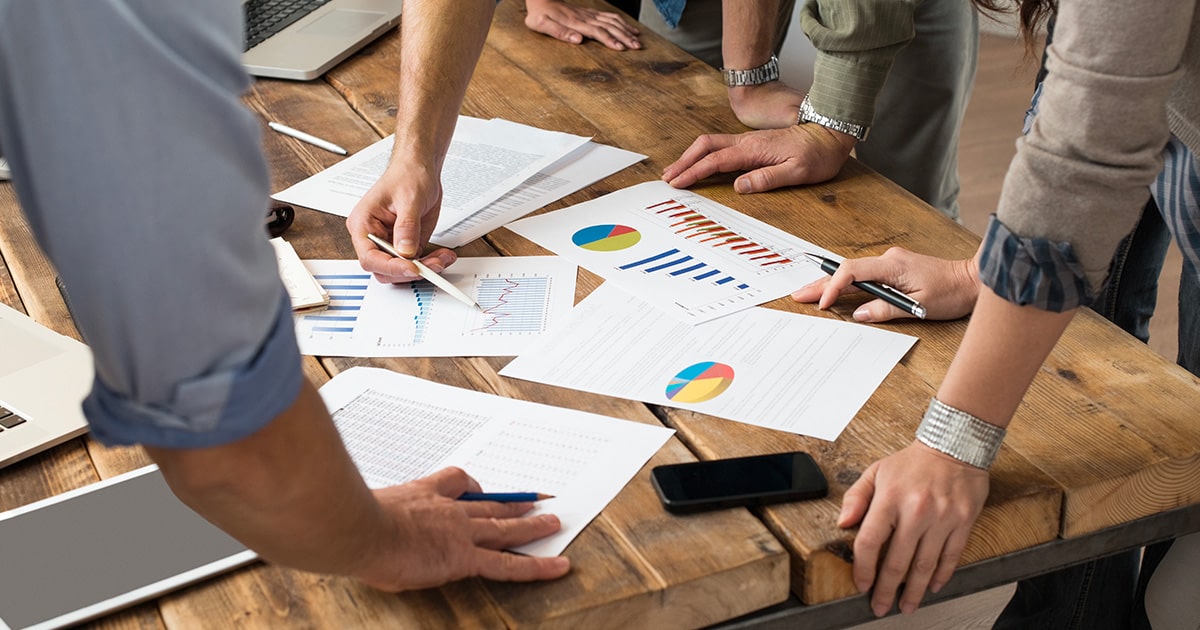 5 tips for a successful international expansion