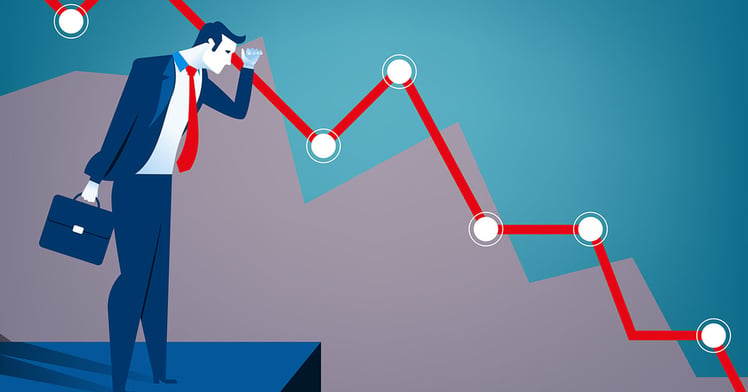 A disastrous combination of questionable economic policy and the negative effects of the Covid-19 pandemic has left the Turkish lira in free fall. The country has various options to escape from the malaise but prefers not to avail of them.

If the savings rate rises to 8% in the Netherlands, there will be a rush on savings deposits. In Turkey, exactly the opposite is happening. And yet, the interest rate there remains even higher than 8% at a multitude of banks. Savers prefer to park their money in euro or dollar accounts. This is not surprising when you consider that inflation has risen to more than 12% in the country and the lira has fallen by 24% against the euro since the beginning of the year.

The Turkish economy is being hit especially hard by the Covid-19 pandemic. The tourism industry – an important source of hard currency – is almost at a standstill. As the central bank is trying to prevent the lira from getting completely into a free fall, the bottom of the reserve pool of foreign currencies has almost been reached.

What is more, if the Bank of Turkey had not borrowed euros and dollars from local banks, the country would already have plummeted to that bottom.

Do you want the good news or do you want the bad news?
The good news is that there are many ways of restoring financial order and stabilising the lira. The bad news is that Prime Minister Recep Tayyip Erdoğan doesn’t seem especially motivated to use any of these options. The country can make a formal application to the IMF and request support, but the Turkish president does not believe that befits the country’s status.

An increase in interest rates is another means of making a currency more popular. If the interest rate is high enough, more parties will choose to put their money into a lira account. Another advantage is that inflation will come under greater control. However, for Erdoğan, a higher interest rate is not an option either. This would come at the expense of economic growth, which the Turkish leader wishes to stimulate at the expense of all else. Since the turn of the year, the official interest rate has been reduced in five steps from 12% to 8.25%.

Baht over lira?
This is not the first time that the Turkish currency has suffered a heavy blow. In 2013, an analyst from Morgan Stanley placed the country among the ‘Fragile Five’, a group of emerging countries whose economy was most vulnerable to major shocks. Moreover, Turkey was the only country among these five that was also given a place in a new version of this precarious quintet compiled by market researcher Standard & Poor’s in 2017.

Since 2013, the lira has fallen by no less than 70% against the euro. Even if the country succeeds in emerging from its current currency crisis by pulling out all the stops, there will be no change in the poor long-term prospects as long as the structural problems remain.

Meanwhile, Thailand proves that things can be done differently. In 2017, the country was included as part of S&P’s ‘Formidable Five’, the favourable counterpart to the ‘Fragile Five’. Since then, the Thai baht has risen by more than 10%. As it turns out, the age-old maxim of putting your financial affairs in order applies to the currency world as much as anything else.