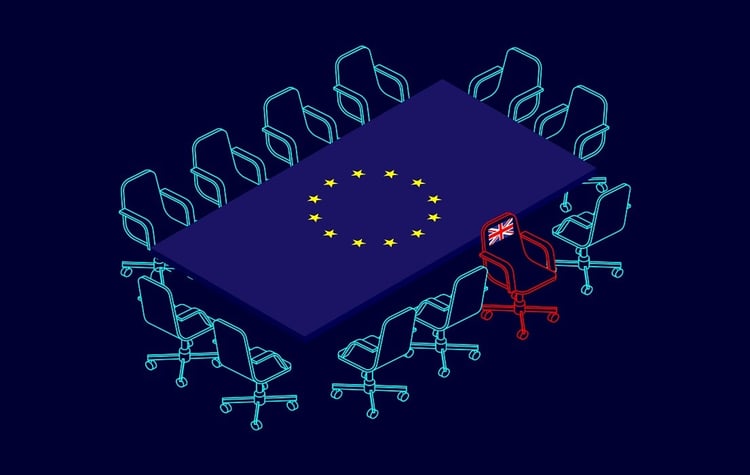 As 2020 draws to a close, the final stretch in Brexit negotiations is currently underway. Will a last-minute deal be struck or will talks ultimately be extended? These are the questions on everyone’s lips. Regardless of the final outcome, the impact will be considerable. But what are the true issues at stake and what consequences are there likely to be for the foreign exchange market?

As it turns out, last Sunday’s deadline was anything but. Yet again, talks between London and Brussels are floundering, with just a few days to go until the transition period is due to come to a close, on 31 December 2020.

iBanFirst takes a look at the current state of play in the negotiations, the impact of a post-Brexit world on economies on both sides of the Channel, as well as the EUR/GBP currency pair and what we can expect for it in light of current progress.

Two major sticking points are currently holding up negotiations and have been doing so for several months now.

The United Kingdom will notably have to offer the European Union guarantees that fair rules related to governance and competition will be applied and upheld at the end of the transition period. Europe is particularly concerned about state aid and the implementation of credible mechanisms for the oversight and attribution of subsidies.

To put it plainly, the EU fears that in order to prop up its economy after Brexit is finalised, the UK will resort to state aid measures, resulting in unfair competition for EU businesses.

There are two options on the table at this stage in the talks. Either Britain proposes regulations that offer sufficient guarantees for Europeans, or a dispute settlement mechanism is set up to facilitate arbitration.

The EU, and France in particular, will have to make concessions when it comes to the thorny issue of fisheries. There will have to be much needed recognition that continuing to impose the same fishing quotas on the United Kingdom once it has become a coastal state outside the EU will be unjustifiable.

This issue is a long-standing source of frustration for both Paris and London. In efforts to circumvent the problem, the EU has suggested concessions regarding the UK’s future access to a single energy market, but the British government has not proven satisfied with this proposal.

A possible resolution may come in the form of a direct intervention by German chancellor Angela Merkel. The German leader stands to be considerably affected by Brexit, as the country’s car industry is heavily exposed to the outcome of trade talks. Direct discussions between Merkel and French president Emmanuel Macron may therefore be the most effective way out of the deadlock as far as the issue of fisheries is concerned.

End of the transition period.

The EU will introduce full border controls, with a more gradual process being instated on the UK side. Basic customs requirements (e.g. keeping a record of all goods) will come into effect for British imports of standard goods (e.g. clothing and electronics) from the EU.

The relevant customs declarations must then be submitted within six months from the date of import. No safety and security declarations will be required for the first six months. Physical checks may be carried out at the goods’ point of arrival.

From this date, British imports of animal products from the EU (e.g. eggs, meat and honey) will require an import pre-notification, and a health certificate will also need to be completed and signed.

The UK will introduce full border controls. A customs declaration will automatically be required for all British imports from the EU at the point of departure and the relevant customs duties will have to be paid. Safety and security declarations will also be required.

The Bank of England (BoE) expects that the Covid-19 recession will cause the UK economy to contract by -11% in 2020, before a +7.25% rebound in 2021. This recovery will be driven by the continuation of budgetary support measures and a newfound economic optimism following the rollout of the UK vaccination programme, which began in December, with the first phase targeting hospital staff and the most vulnerable.

The risks of marked increases in inflation remain minimal, and this is likely to continue for as long as domestic demand continues below pre-crisis levels. Due to a wave of bankruptcies (a notable example being the recent insolvency of retail giant Arcadia, owner of Topshop), the job market is set to see a significant rise in unemployment over the coming months, especially in the services sector.

The Bank of England has vigorously supported the nation’s economy since the beginning of the pandemic, following the example of the ECB. The key interest rate is set to remain at its historic low of 0.1% in 2021. The programme of quantitative easing, which now totals £895 billion, will probably be extended in order to ensure that funding conditions remain attractive in the long term.

Since early March 2020, the BoE has purchased almost 50% of the UK’s sovereign debt in a bid to guarantee low lending costs within the country. This support is expected to continue into 2021 to allow for post-Covid economic recovery and to enable the country to cope with Brexit-related uncertainties. In other words, the United Kingdom should not have any problems refunding its seemingly bottomless deficit of £400 billion at extremely low rates.

For the past few months, the BoE has also been considering whether to introduce negative rates, as is already the case in the eurozone. No decision has yet been made. It is thought that the negative effects of such a measure (a fall in banks’ profitability, problems for insurers and pension funds, etc.) would outweigh any benefits (relaxing of financial conditions). In light of this, the 2021 economy would have to recover to a lesser degree than anticipated for the BoE to adopt this monetary policy strategy.

Brexit not a priority for Europeans

Compared to the economic impact of the pandemic and the resurgence in tensions between eastern and western European states, Brexit seems to no longer be a priority for Europeans. Though the outcome will penalise some countries (such as Ireland and Germany) and sectors (the French agrifood sector, most notably) more than others. That said, EU Member States are planning to introduce special support measures to counter these effects at national level.

The economic reality is simple. In terms of trade balance, the EU is simply less dependent on the UK than the UK is on the EU. This can be demonstrated in just two figures:

For the EU, therefore, Brexit is likely to have only a minimal financial impact.

There are three possible scenarios for UK-EU relations post-Brexit: