Romain Grosjean and iBanFirst, a look back at our shared values 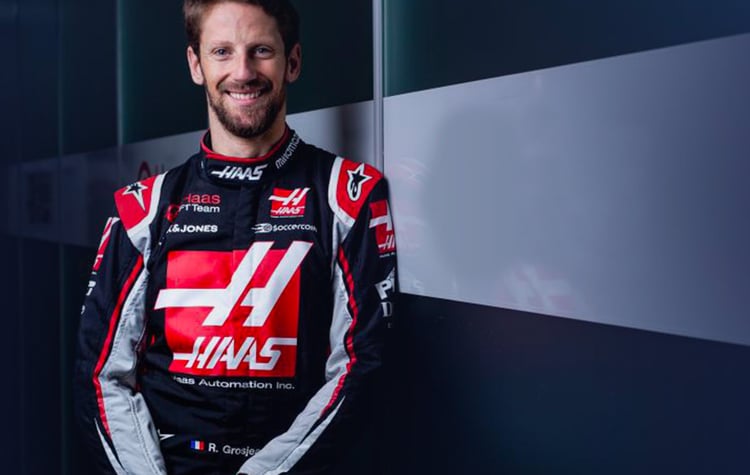 Entrepreneurs often experience critical moments. Formula 1 drivers must face the elements when confronted with an accident. Though the parallel may seem a bold one, both parties succeed thanks to the team behind them, both must demonstrate resilience, and both end up bringing their loved ones along for the ride.

Just before the Christmas break, the iBanFirst team had the pleasure of attending an exclusive interview with Romain Grosjean, conducted by our CEO Pierre-Antoine Dusoulier, who asked the F1 driver questions on behalf of iBanFirst employees logged into the discussion all across Europe.

Following his accident at the Bahrain Grand Prix in December 2020, we were delighted to see Romain’s positive attitude very much intact and valued the honesty with which he spoke about the incident, as well as his upcoming projects.

On behalf of iBanFirst, motorsports journalist Nicolas Farmine looked back over Romain Grosjean's career, identifying resilience as the common thread in the latter-day champion’s sporting journey to date.

"While the world of Formula 1 was preparing to close up shop for yet another season, little did they know, Romain Grosjean, one of the sport’s key contemporary figures, would soon be calling it a day. Born to a French mother and a Swiss father, he who one day confided that he does “feel Swiss, but more French as a sportsman" has every reason to be proud of his significant achievements."

"The world of Formula 1 was beckoning and Romain found himself included in the Renault stable for the 2009 season. A frustrating experience, it didn’t exactly give him the opportunity to shine alongside the likes of Alonso, Hamilton and Vettel. He subsequently returned to GP2, F1’s proverbial antechamber. Although some posited that this move spelled the end of his career in motorsport, Grosjean saw it as an opportunity to bounce back, winning the GP2 title in 2011, which opened up the doors to Formula 1 once again."

"As far as Romain Grosjean is concerned, giving up is not an option. Not when Formula 1 was calling him back in any case. Nor when he was mocked for crashing out of some races in 2012. And even less so recently, when he managed to escape from his flaming car with an ardent will to live that's rarely seen."

"There's no doubt about it, without this resilience, which each of us harbours within, Romain would never have achieved those ten podium places or completed 179 wonderful races. For all these years of dedication, we thank you Romain and we wish you every success in the rest of your career."

Indeed, for the last two years, we are proud to have sponsored a champion who has demonstrated such resilience throughout his career.