Intrapreneurship, the path to a bright future

Bastien Rifflart joined iBanFirst as an intern. Now managing a sales team of ten people dedicated to commercial prospecting, he tells us about the factors that led him join a start-up.

I grew up in eastern France, between the regions of Savoie and Haute-Savoie, where I did most of my schooling right through to baccalaureate level. Afterwards, I attended INSEEC, a post-secondary business school in Lyon, to study a bachelor’s in business administration (BBA).

Though I wasn’t entirely convinced I had what it took to fulfil a sales role at the time, I had commercial savvy and good interpersonal skills. I also came from a family of entrepreneurs, so the foundations were there. I just had to take the plunge. So, that’s what I did, and I certainly don’t regret it!

During my first year at INSEEC, I got a work placement at a high-end shoe store in Lyon. That gave me the opportunity to build up quite an effective sales pitch and overcome a certain shyness. Aware of how this job could benefit me, I continued to work there for two days a week until I finished my studies.

The following year I spent four months in the US, also doing an internship, this time at Jensen Group, which specialises in industrial laundering machinery. My job was to form new banking partnerships and optimise foreign exchange transactions. As well as discovering the US, I learned a lot from this first experience in the financial industry and it showed me that the sector had a lot of potential for people with backgrounds like mine.

After six months studying on an Erasmus programme at a business school in Dublin, I looked for a final internship. I met William Gerlach, Head of Sales at the start-up FX4Biz, since rechristened iBanFirst, who was looking for a new sales representative at the time.

The company developed a real “start-up mindset”, with very attentive management, which allowed for a great deal of independence when it came to decision-making and generally promoted a very positive atmosphere. When my internship came to an end, rather than signing up for a two-year master’s course at EM Lyon, I decided to stay at the company, which offered to hire me so that I could gain more experience.

One year later, in 2016, Pierre-Antoine Dusoulier joined us, and we conducted our first round of funding. It was at this point that the company became iBanFirst. For a whole year, I devoted all my energies to finding clients so that the company could fulfil its ambitions. The result was decidedly positive, with the company displaying significant growth figures. In the summer of 2017, when I became a forex dealer, I took on more responsibilities and my job changed. I worked on the sensitive transactions that the company was undertaking, while also maintaining responsibility for hiring and training sales reps. More recently, in 2018, I became a sales manager, initially overseeing a team of five people dedicated to commercial prospecting.

The start-up, a lifestyle choice

In the beginning, the decision to join a start-up isn’t necessarily an easy one. Though you’re giving yourself the opportunity to join a high-growth business, you’re also preventing yourself from adding a well-known brand name to your CV, be it a bank, a big law firm or otherwise. Looking back at things now, it’s clear that the risk paid off. I was quickly offered a permanent contract at a start-up with a very bright future indeed.

At a start-up, nothing is really fixed or codified. You very quickly move beyond your initial job description, but that doesn’t really matter so much when you feel that management is behind you and that you’ll have the opportunity to progress in your career. Relations with management are simpler and more direct in a start-up. At iBanFirst, we are encouraged to offer our opinions, express our ideas and initiate projects.

Although I didn’t know a lot about the world of finance and foreign exchange beforehand, I received the company’s full support. The onboarding process is also particularly well thought through at iBanFirst. The recruiters maintain a long-term vision, while giving employees the resources to succeed. Granted, between training, learning on the job and so forth, it takes a bit of time, but outcomes certainly match ambitions. The most difficult challenges you face turn out to be real motivators.

An eye on the future

My ambitions have changed a lot since I became a manager. Having left behind the operational side of things somewhat, I now feel comfortable in my role. Eventually I’d like to manage a larger team, at international level if possible. Opening a subsidiary abroad is a challenge that I’d really enjoy. Intrapreneurship is a path to a bright future.

I’m happy to now be part of an innovation ecosystem that’s supported by incubators like The Family and Kima Ventures. We often talk to start-ups in all kinds of fields, at events or trade fairs for example. Hearing about their experiences, which always differ from one to another, are truly enriching and this allows me to “step outside” my usual frame of reference. The discussions we share are invaluable to me and I know I’m fortunate to work at a company that pays close attention to what’s going on in the outside world. Today’s world is open, and given how complex the projects at hand can be, collaboration and open innovation are essential factors for success. 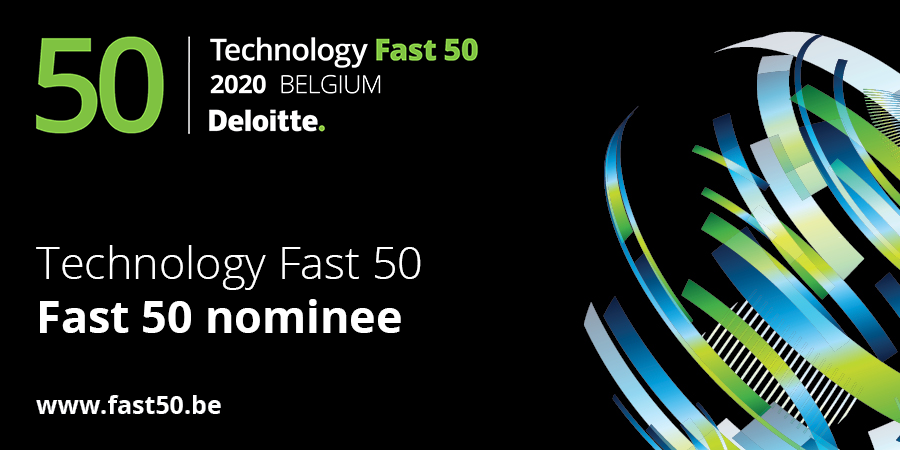