The Jackson Hole meeting, which was highly anticipated by market participants, did not in the end provide any additional information on US monetary policy. The central bank will reduce its asset purchases (tapering) by the end of the year, but it refrained from specifying a start date or defining the composition of the tapering. Meanwhile, European Central Bank monetary policy is on autopilot. No changes in policy rates or asset purchases (including the Pandemic Asset Purchase Programme, PEPP) are on the agenda. As a side note, federal elections will be held in Germany on 26 September. We cannot rule out that there will be no immediate winner, as the two main parties (SPD and CDU-CSU) are neck and neck in the polls. This would mean intense negotiations to form a governing coalition over several weeks or months. However, German elections are never a topic for the foreign exchange market. The euro’s underlying medium-term trend is still bearish. For the time being, the euro continues to move within its monthly range between 1.17 and 1.19.

Monetary policy will not be a short-term differentiating factor for the pair. The European Central Bank is not considering any immediate changes to its monetary policy. The Bank of England is also maintaining the status quo. The UK central bank anticipates that inflationary pressures will increase in the coming months (with the consumer price index possibly reaching 4% in November or December), but is not currently considering intervening. Like the US Federal Reserve, it considers inflationary pressures to be temporary. This is also our view. The EUR/GBP remains in a narrow trading range. In early August, the pair broke through the psychological 0.85 level that served as a support for several months. Since then, it has commenced a weak rebound towards 0.86. In the medium term, we are still bearish on the pair.

The EUR/JPY still remains in a long-term bearish channel while it is below the 131.00-131.50 area. The euro was penalised at the beginning of August in particular by a sudden increase in risk aversion, related to the situation in Afghanistan, but the effect was short-lived. It should also be noted that concerns about the delta variant, which are present in Asia, have also led to greater demand for JPY. For the Bank of Japan, no change in monetary policy is on the horizon. However, it is likely that the central bank will revise its growth forecasts downwards due to the resurgence of the pandemic in the Japanese archipelago.

Month-on-month, the EUR/CHF pair marked time in August. This, however, hides significant variations. The pair briefly breached the support at 1.07 – which is considered by some market participants to be a threshold at which the Swiss National Bank intensifies its currency interventions. So far, there is no evidence to support this scenario. The latest data published indicate that foreign exchange intervention remains minimal, which has been the case for several months. In our view, the Swiss central bank would intensify its currency purchases if the EUR/CHF pair was close to the psychological level of 1.05. We are still a long way from that.

Among the major currency pairs, the EUR/CAD was the most volatile in August. The fluctuation band of the cross was almost 450 pips! In the short term, the 1.51 threshold, which serves as a resistance and which has systematically triggered a sharp drop in the pair every time it has been breached, should be closely monitored. On the political front, Canadian Prime Minister Justin Trudeau has called early parliamentary elections for 20 September. He hoped to gain a solid majority in parliament, but the latest polls suggest he has made a mistake. His party is in complete disarray. It will be important to think about adopting an appropriate currency hedge in the run-up to the elections, which could lead to increased volatility in the EUR/CAD.

Despite the various lockdowns in Australia and the resulting economic turmoil, the Australian central bank seems determined to continue to taper its asset purchases. Asset purchases are expected to fall to AUD 4 billion per week from AUD 5 billion previously, from 1 September. At its August meeting, the central bank was very optimistic about the economy’s ability to rally once the lockdowns are over. Indeed, the third quarter is likely to see a strong rebound in activity and a further fall in the unemployment rate. In the medium term, we are still bullish on EUR/AUD.

The foreign exchange market seems to be anticipating an upcoming announcement of measures by the Chinese authorities to support the economy. This could also help the CNH. According to the official press (in English), the authorities are considering a further reduction in the reserve requirement for banks in the fourth quarter (which ensures good financing conditions for companies in particular), and the maintenance of open market transactions to provide liquidity.

Among the pairs we follow, the EUR registered its biggest fall in August against the Hungarian currency. The Hungarian central bank tightened its monetary policy faster than expected, and to a greater extent than the market expected. At its last meeting, it not only raised its key rate again (by 30 basis points to 1.50%) but also initiated quantitative tightening (by reducing its asset purchases by HUF 10 billion per week to HUF 50 billion). In all likelihood, the central bank will tighten monetary policy again in the short term, given the persistently high inflation in the country. Particular attention should be paid to the next meeting on 21 September, which will provide an update of the central bank’s economic forecasts.

Unsurprisingly, Hungary’s rapid normalisation of monetary policy to combat inflationary pressures has provided significant support to the Hungarian currency in recent weeks. We are witnessing a complete reversal of the trend compared to what happened in May/June. However, the tapering process to be announced by the US Federal Reserve in the coming weeks or months could again lead to a change in direction for the USD/HUF pair. We know that emerging currencies generally lose out to the US dollar in the event of tapering by the US central bank. 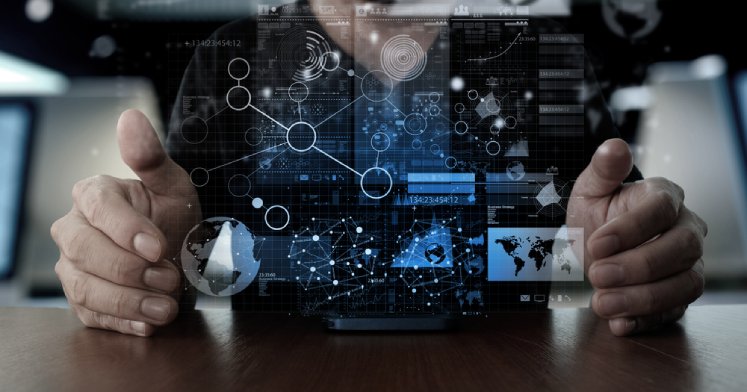 What is ERP and why should your business implement one?