Crazy week for the euro

The European single currency experienced a strong surge against its major counterparts last week, fuelled by the stock markets’ impressive performance. This may be explained, on the one hand, by a decrease in risk aversion, as well as traders’ positive perception of economic dynamics in the eurozone on the other.

While the United States is facing a pandemic resurgence in several states (e.g. California, Florida, Texas), leading to the closure of entire sections of the economy once again, the eurozone is gradually returning to normal. The contrast between the two sides of the Atlantic is striking, notably explaining the sharp drop in the US dollar (as measured by the drop in the Dollar Index last week) and the significant appreciation of the euro.

Easing of tensions between the US and China

An additional factor has been the decrease in political risk. Although tensions between the United States and China remain, particularly as a result of the Trump administration’s decision to authorise American company Lockheed Martin to trade with Taiwan, it is clear that both countries are anxious to avoid an escalation that would prove economically detrimental. By way of example, President Trump has, among other things, refused to impose sanctions on Chinese officials, in particular Hong Kong Chief Executive Carrie Lam, thus preventing Beijing from taking retaliatory measures. Indeed, if all goes well, this summer will not be one of heightened political risk.

Short-term bullish momentum for the euro

Although we remain sceptical of the euro’s upward capacity in the long term (i.e. until the end of the year), we believe that the single currency’s upward momentum should persist in the short term. Recovery in the eurozone economy, coupled to firm ECB support – confirmed last Thursday by Christine Lagarde – will continue to encourage traders to go long, and buy, when it comes to euro-based crosses.

For the EUR/USD pair, this could translate into a rise exceeding 1.15 for much of the summer. The trend also remains ostensibly bullish for the EUR/GBP pair, leading us to reaffirm our target of 0.92, initially suggested last week. The main resistance for this pair is at the 0.9178-84 level. Last week, we also saw a sharp rise of the euro against the Swiss franc (CHF), which should come as a relief to the Swiss National Bank (SNB), as the institution has been forced to hike its foreign exchange intervention in recent months in a bid to curb the appreciation of the Swiss currency. Last week, the chairman of the governing board of the SNB also reiterated the need to maintain an accommodative monetary policy over the long term, given the economic context. For the first time in a long time, this suggests a further rate cut, which, if decided, would have a negative impact on the Swiss franc.

Unsurprisingly, given diminishing political risk, the EUR/JPY pair is also trending higher. The next objective is to rally resistance at 124.44, which was the high point in June. Lastly, we have the EUR/CAD pair. The Bank of Canada (BoC) was the other major central bank to meet last week. As expected, the BoC kept its policy rate unchanged at 0.25%, confirming, in passing, that the policy rate is expected to remain close to zero in the long run. In addition, the Canadian central bank’s quantitative easing (QE) asset repurchase programme is set to continue, at a rate of up to C$5 billion per week, ultimately increasing to C$7 billion if economic conditions deteriorate further. The specificity of the Canadian QE programme lies in the fact that the BoC can buy back government debt directly in the primary market (new market), whereas other central banks, such as the ECB for example, can only do so in the secondary market (used market). The next target for the EUR/CAD pair is at the resistance level of 1.5660. 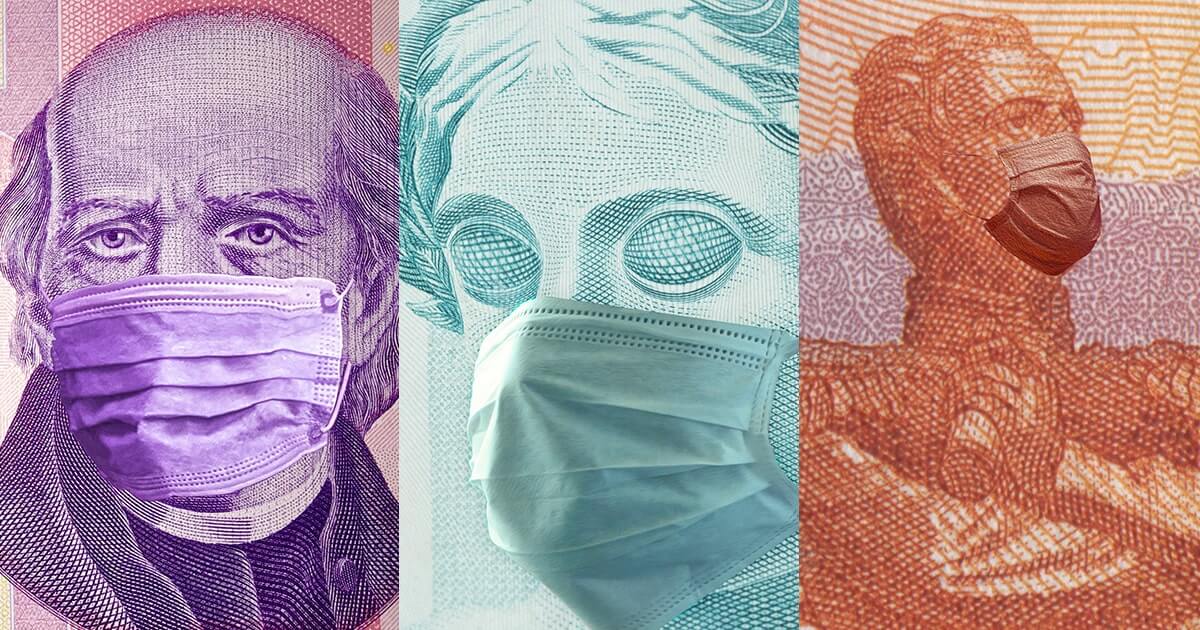 The sky’s the limit as the euro heads for 1.17 over the summer period